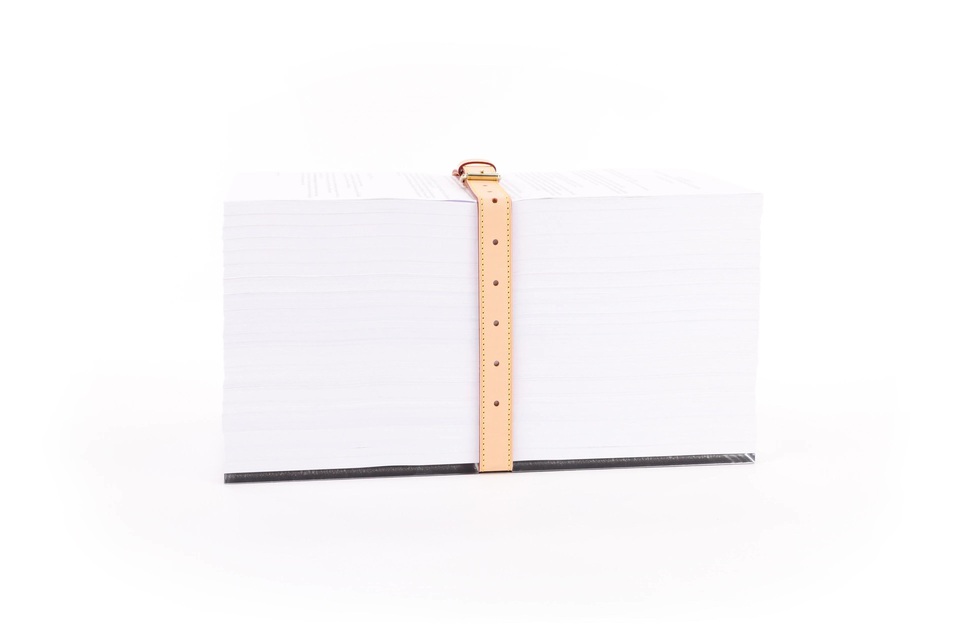 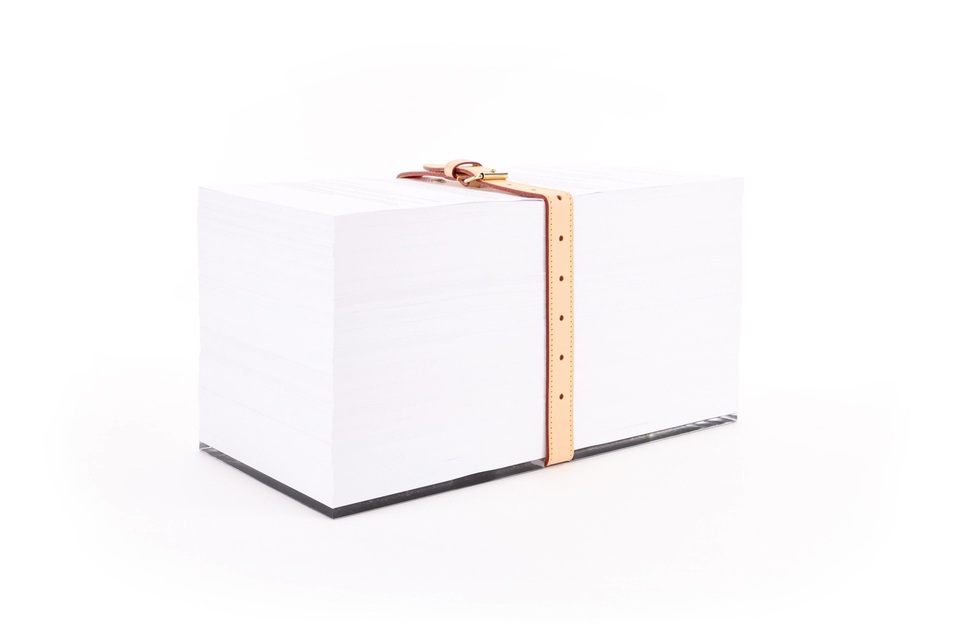 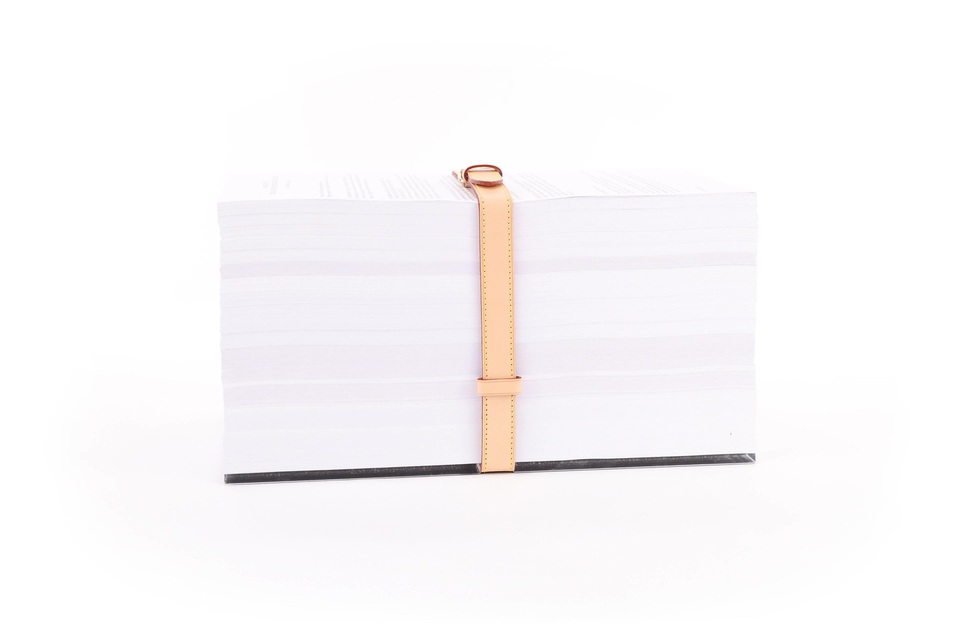 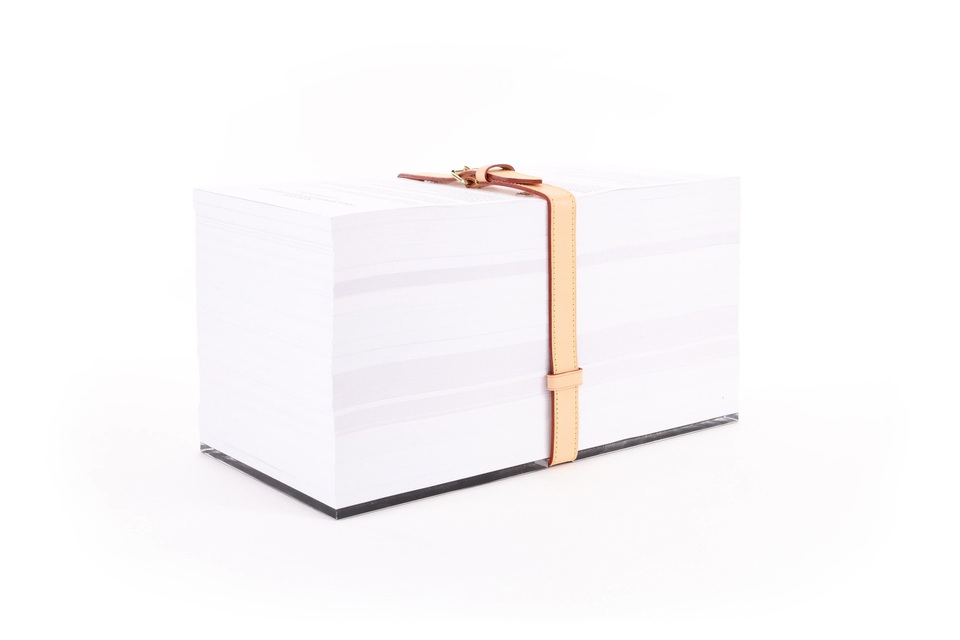 Scott Barry Kaufman, Ph.D., is a cognitive scientist and humanistic psychologist exploring the mind, creativity, and the depths of human potential. He is founder and director of the Center for the Science of Human Potential and is an Honorary Principal Fellow at the University of Melbourne’s Centre for Wellbeing Science. He is author/editor of 9 books, including Transcend: The New Science of Self-Actualization, and is host of the #1 psychology podcast in the world— The Psychology Podcast— which has received over 17 million downloads. Dr. Kaufman received a Ph.D. in cognitive psychology from Yale University and has taught courses on intelligence, cognitive science, creativity, and well-being at Columbia University, Yale, NYU, the University of Pennsylvania, and elsewhere. In 2015, he was named one of “50 ground-breaking scientists who are changing the way we see the world” by Business Insider. 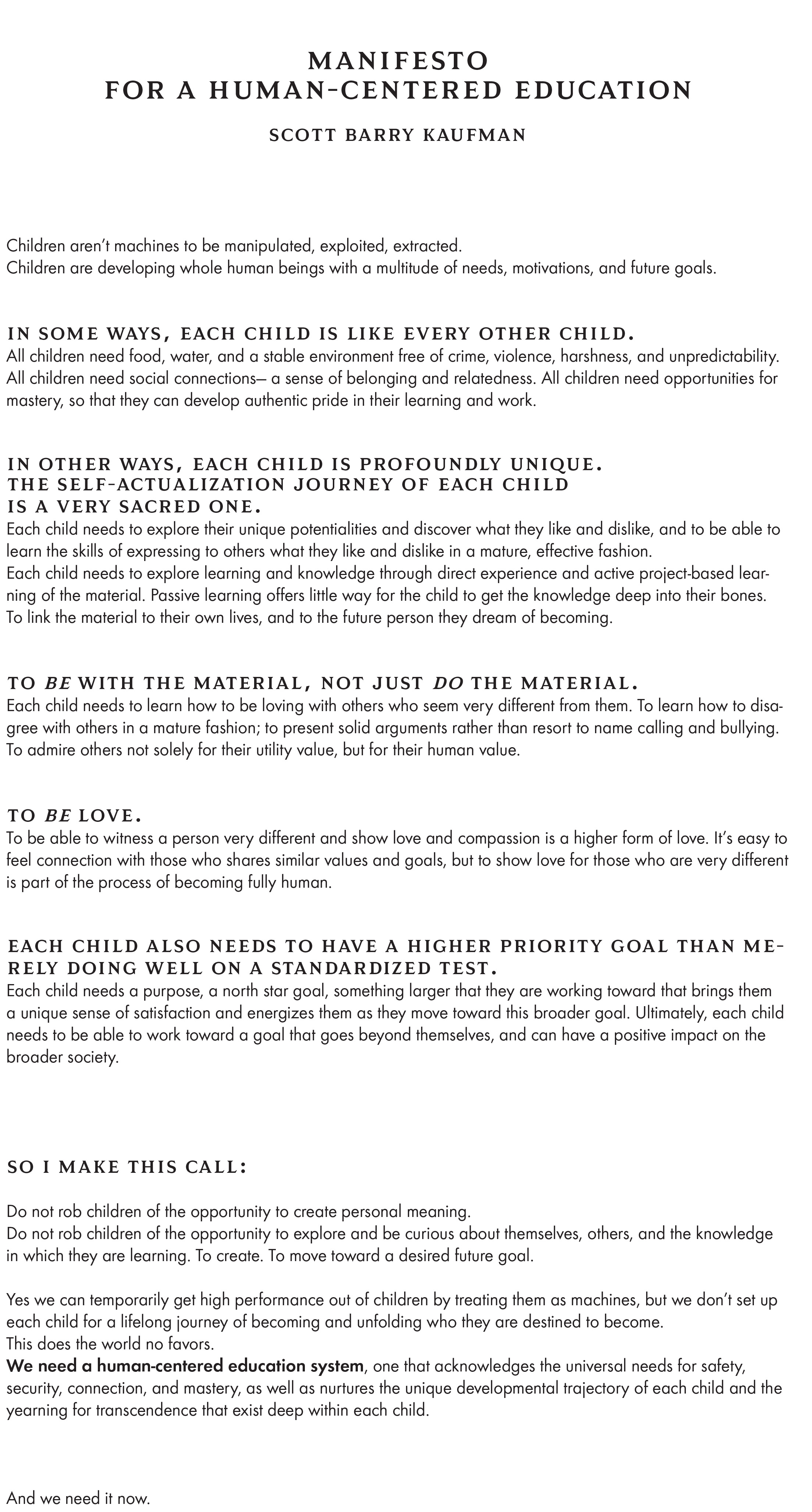 "I created the manifesto for education because I wholeheartedly believe it’s time for a major revamp of the education system. I saw first-hand the extreme lack of potential we are getting out of students. As a child in special education due to an auditory processing disability, my label defined me and that’s all teachers and students were willing to see in me. Once I fought my way out of special education, I saw the greater potential in myself and also felt there was greater potential in my friends. My entire career I have been trying to fight for the quirky kids, those who don’t fit into a standard mode but who are brimming with creative potential. In reality, all students have so much self-actualisation potential, but we really don’t take the time to unlock it because we are so focused on a narrow slice of who they are. We miss out on who they can become."