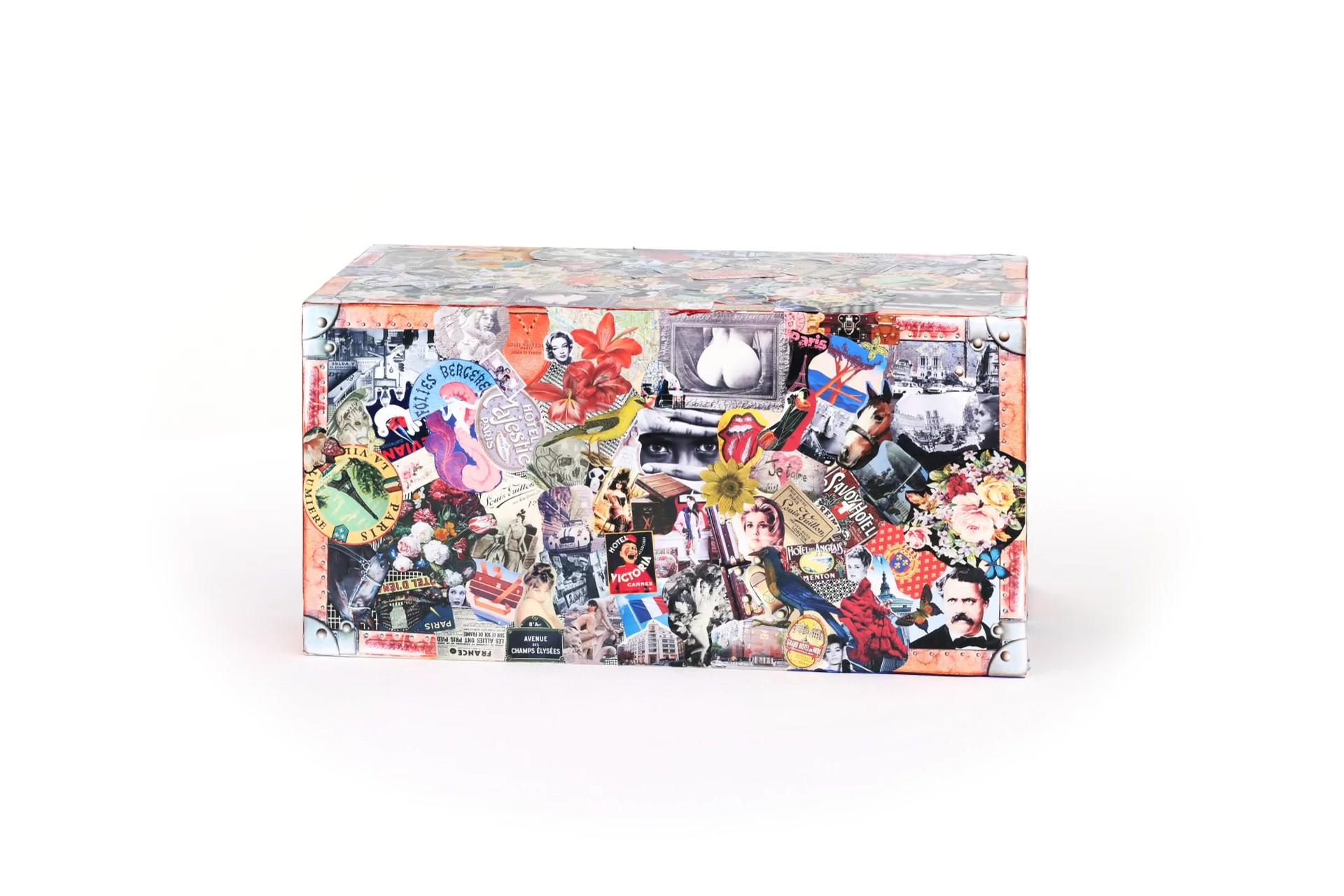 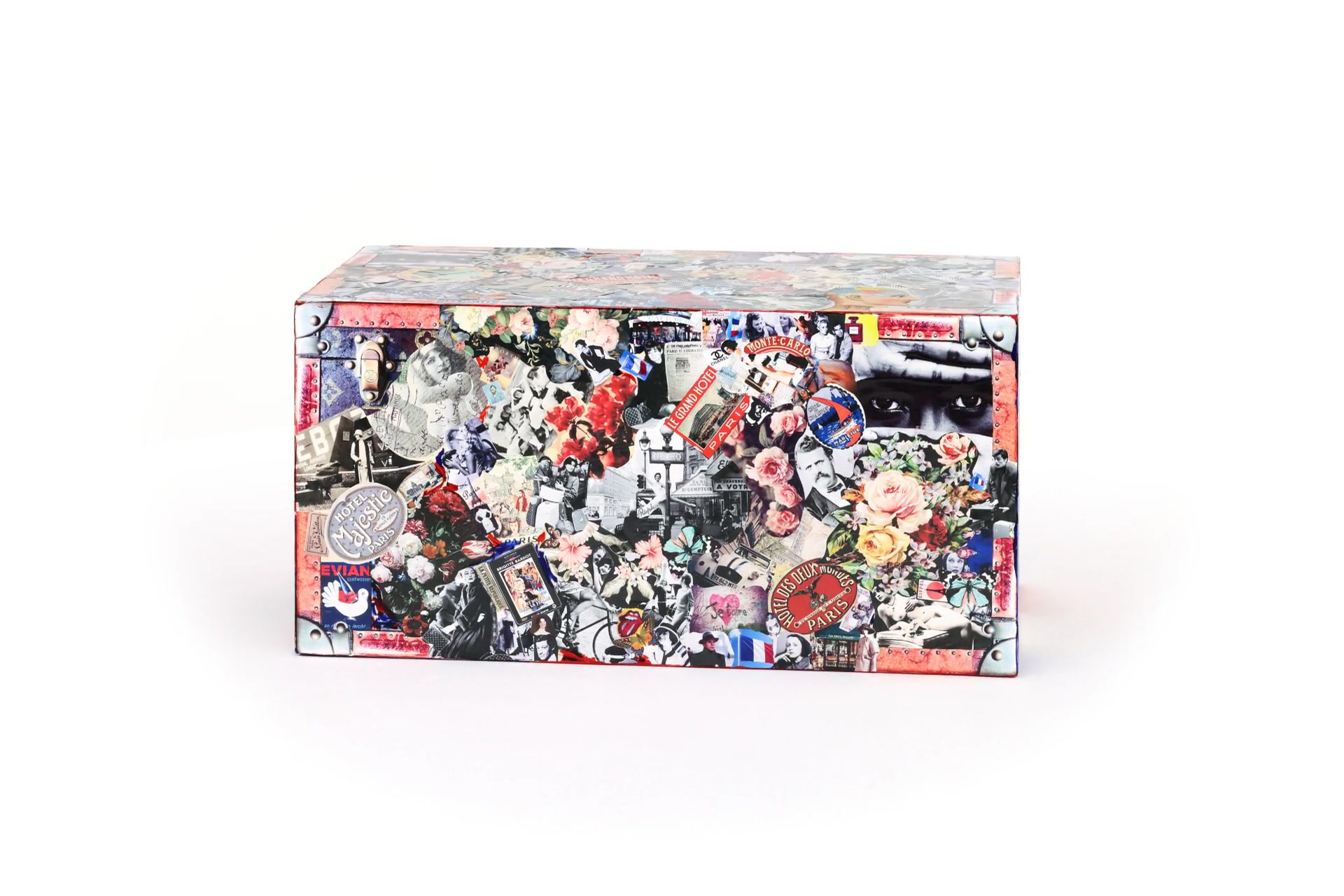 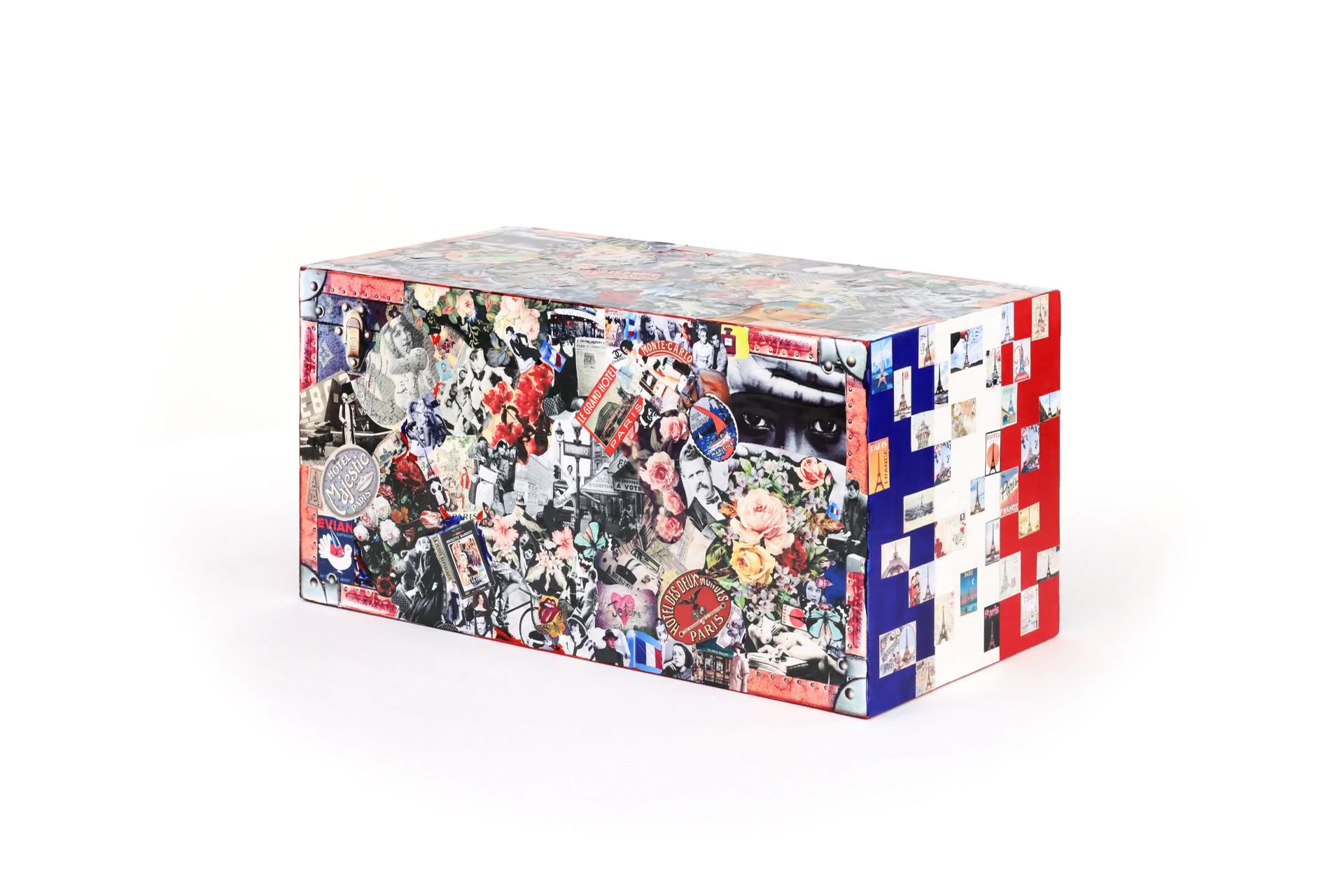 Francesca Sorrenti (b.1949, Brooklyn, New York) decided that after growing up in Queens, her best life was waiting in Manhattan at 18. In the late 60s, she hopped from one scene to another; ﬁrst, the music scene with the likes of Jimi Hendrix and others, and then to the clubbing scene hanging out at Max's Kansas City. Sorrenti always had a love for the arts, and of course collage work. By the time she was 21, she was married and moved to Naples, Italy. There, she entered the fashion world, working for Fiorucci and running her own company. After having three children, she decided to move back to NYC in 1982. She has had many creative careers, as a stylist, a children's fashion designer, an ad agency owner, and more. In 1990, Sorrenti found a true passion in photography, but sadly after the passing of her son Davide in 1997, she put down her camera. Sorrenti's career goals changed; she was designing and editing books for social and environmental issues. In the mid-90s she returned to fashion but as a creative director. When Covid-19 hit the world in 2020, Sorrenti decided to return to her collages; her favourite one is about her life story in pictures. She believes that creativity always gets underestimated especially in the corporate world we live in today. All she has to say is, she still does not know what she wants to be when she grows up. 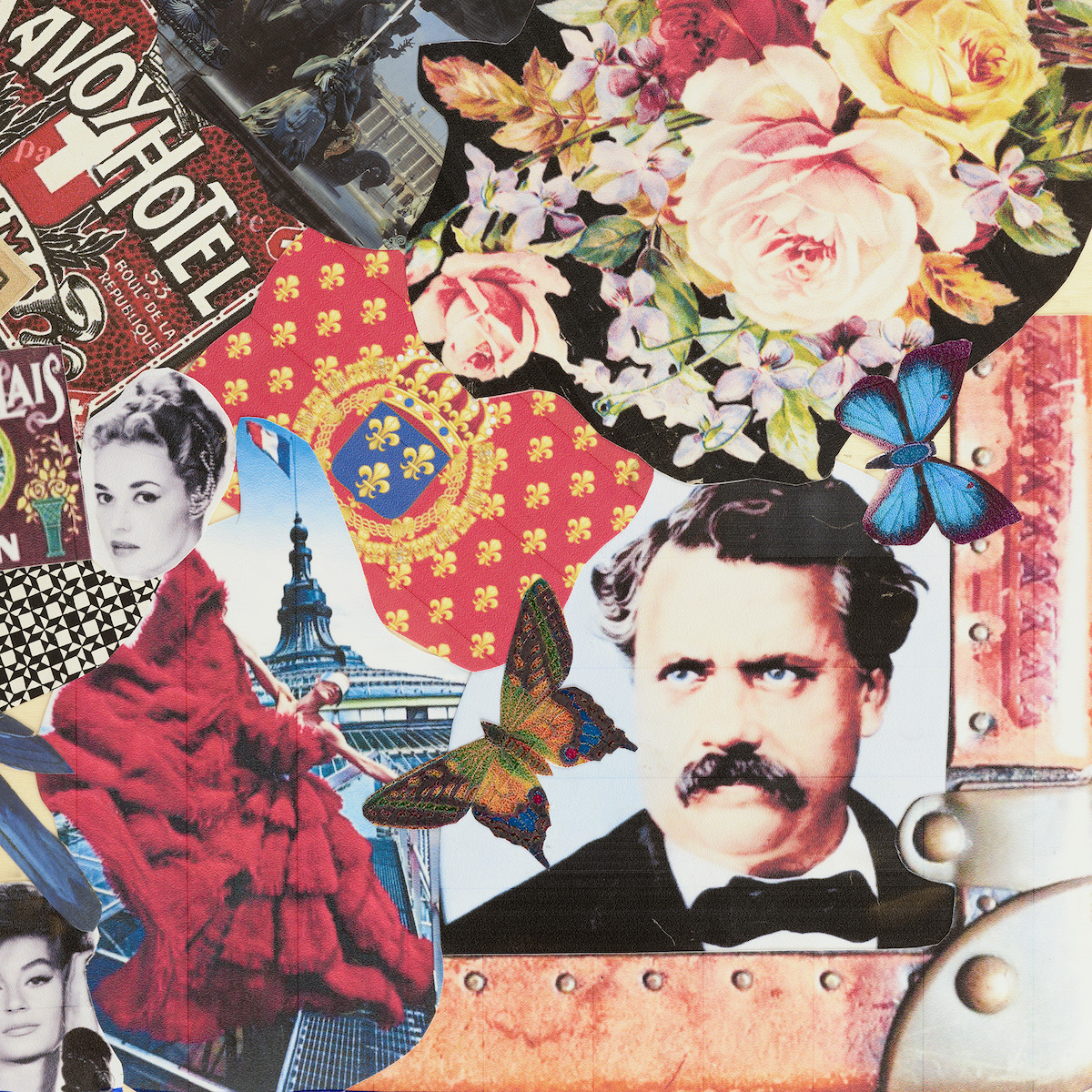 "I always found the history of Louis Vuitton really fascinating to have survived the past two hundred years and still growing strong, but of course it's Paris, the fashion capital of the world. I felt that the best homage that I could do was to incorporate French lifestyle, art, history, and travel into my collage."